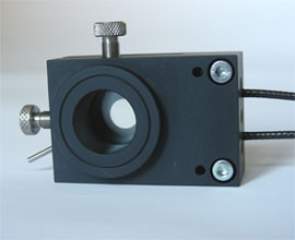 Stock Status: On The Way

The Radial Polarization converter from Arcoptix is a worldwide unique device that converts a conventional linearly polarized beam into a beam that has a CONTINUOUS radial or azimuthal polarization distribution and stable in time. As illustrated in the figure below the orientation of the polarization vector varies spatially but locally the polarization sate is considered as linear. 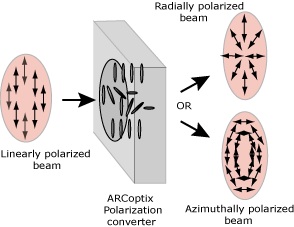 The polarization rotator can be delivered with adequate polarizers and housing (figure below). The specially designed housing permits to align our polarization converter precisely with the rest of your optical system. 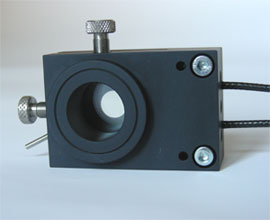 With the help of the Arcoptix polarization converter LG beams and also Bessel-Gauss beam can relatively easily be generated from any laser in the VIS-NIR region (including also pulsed lasers)
By simply focalizing (here NA 0.9) an azimuthal collimated laser beam that has passed trough the polarization converter we obtain a typically doughnut beam as shown on the left figure here below. With the help of a linear polarizer parallel to x and y axis we obtain respectively the the two-half-lobes spots corresponding to x-y polarization components of the same doughnut beam (figures in the center).

By inserting a additional annular slit in the setup, we obtain focused annular azimuthal beam (here with a NA 0.9 objective) generating so a 1st order Bessel-Gauss beam or also called vortex beams (figure on the right).

For some applications such as confocal microscopy for example one is interested to produce a doughnut shaped focal point at the front focal plane of a high NA objective. Rigorous electromagnetic calculations shows that doughnut shaped focal points can be obtained by focusing beams having a radial polarization distribution. This may lead to interesting applications in the field of fluorescence microscopy.

Optical trapping
A Doughnut shaped focal point created by focusing a radial polarized beam may increase the traping force. Also it may enable trapping particles with lower refractive index than its surrounding fluid.

Inspection of the polarization of the sky
The blue sky light due to scattering of sun light in the atmosphere is partially polarized and therefore be visualized with a PAF. Combined with a compass a sun dial could be built which indicates the local time. 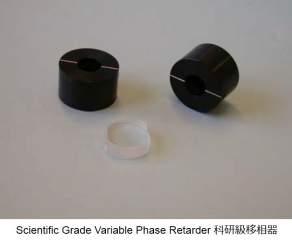 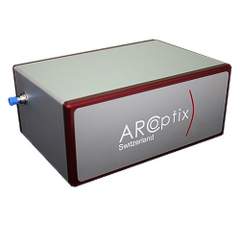 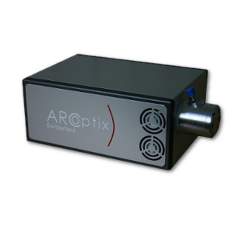 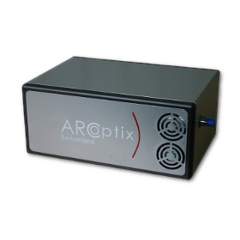 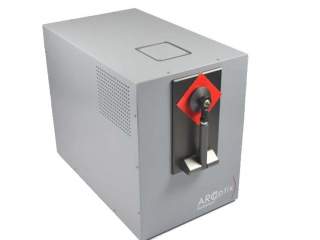 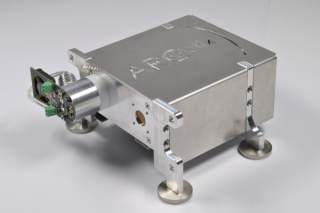 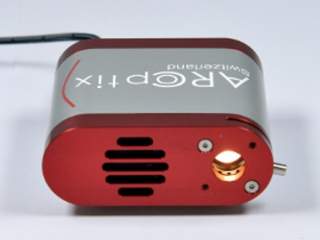 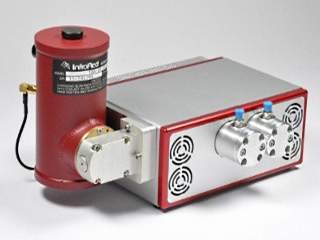 FTIR-FC ATR FTIR
ARCoptix
We rely on cookies to provide our services. By using our services, you agree to our use of cookies.
Copyright © 2020 勢動科技 ACTTR Technology. All Rights Reserved.